Built in 1953 as the parish church of the new Navan Road Parish, this church was built in response to the influx of population in what was formally a more rural area. This was largely the result of the large numbers of house built in the Cabra and Navan road areas in the 1940s and 1950s. The area was originally part of the parish of Chapelizod, so before the church was built parishioners had to cross the Phoenix Park to attend Mass and other services. 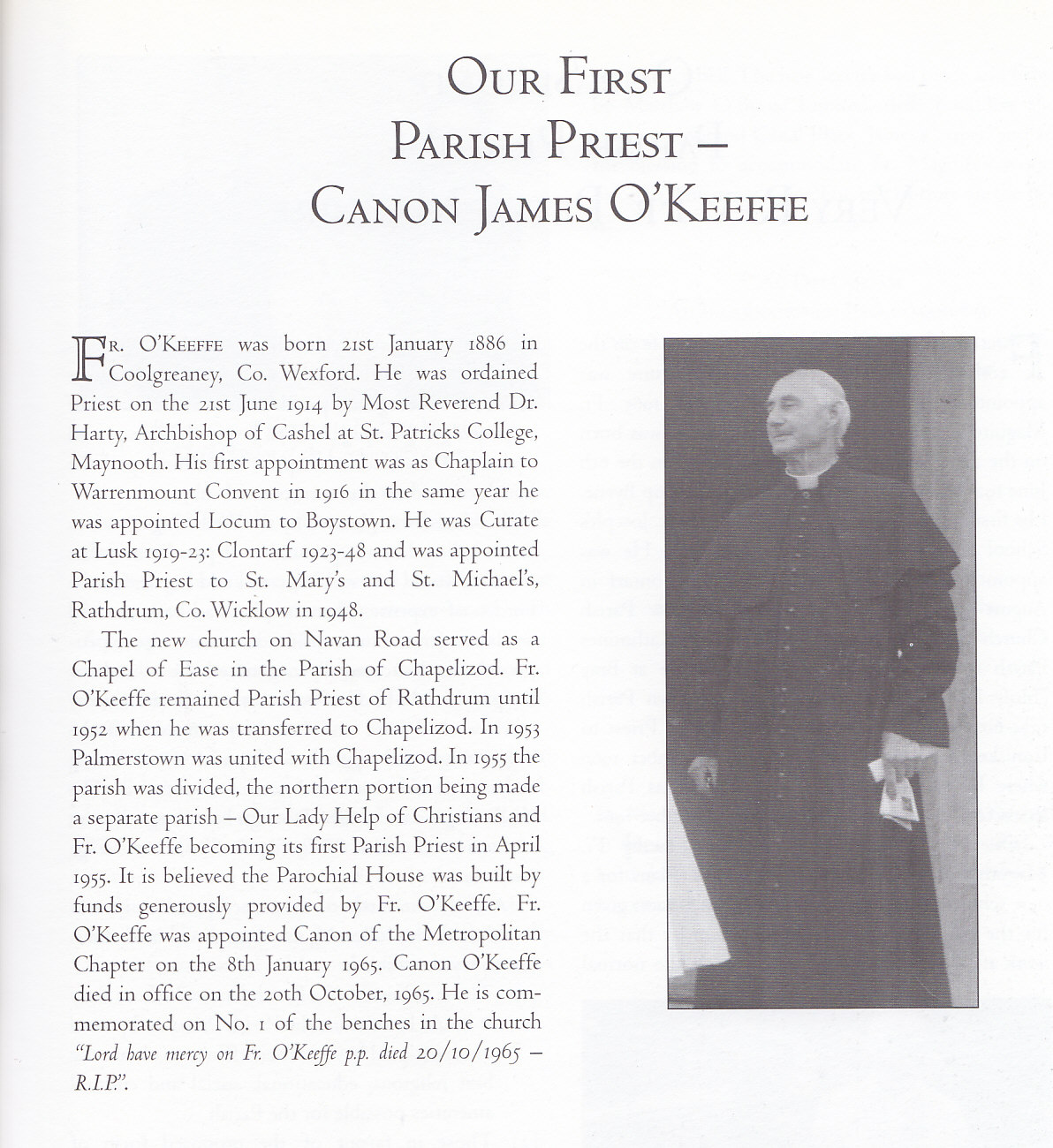