On the evening of the first Sunday after Jesus had been crucified, His disciples were together in a locked room. They were afraid of those who had crucified Jesus. Suddenly, Jesus appeared there in the locked room with the disciples. It was hard to believe but they saw Him, and Jesus showed them His wounds in His hands and His side, so they knew it was Him.

One of the disciples, Thomas, was not with the others when Jesus appeared to them. When they told Thomas, he didn’t believe them. He had seen Jesus crucified and buried. How could He be alive? Thomas said, “Unless I see the wound in His side and put my finger in the holes where the nails were in His hands, I will not believe it!”

A week later, the disciples were in the locked room again, and this time, Thomas was with them. Again, Jesus came and stood among the disciples. Jesus said to Thomas, “Put your finger here; see my hands. Reach out your hand and put it into my side. Stop doubting and believe.”

Thomas fell on his knees and answered Jesus, “My Lord and my God!”

You and I have never seen Jesus with our own eyes. The question is, will we be one of those who is blessed because we believe, even though we have not seen?

Dear God, help us to believe in our heart the truths we find in Your Holy Word, even though we have not seen them with our own eyes. In Jesus’ name. Amen.

Early on Sunday morning, while it was still dark, Mary Magdalene went to the tomb where Jesus had been buried.  She found that the stone was rolled away from the entrance. She ran  and found Simon Peter and another disciple, John. She told them,  “They have taken the Lord’s body out of the tomb, and I don’t know where they have put Him!”

Peter and John started out for the tomb.  They were both running, but John outran Peter and reached the tomb first. He stooped and looked in and saw the linen wrappings lying there, but he didn’t go in.  Then Simon Peter arrived and went inside. He noticed the cloth that had covered Jesus’ head was folded up and lying apart from the other wrappings. Then John saw and believed for until then, they still hadn’t understood the Scriptures that said Jesus must rise from the dead. Then they went home.

Mary stayed behind, weeping.  As she knelt down and looked inside the tomb, she saw two angels dressed in white. They asked her why she was crying. She told them she didn’t know where they had taken Jesus.  Then, Mary turned and saw a man standing behind her. It was Jesus, but Mary did not recognize Him. She thought He was the gardener. Then Jesus called her by name and, when she heard His voice, she recognized Him.  After she saw that it was Jesus, she went to the disciples and said to them, “I’ve just seen Jesus! He is alive!”

Some people, like Mary, Peter, and John can’t see Jesus because they are looking for Him in a grave or on a cross. He isn’t there! He is risen and is seated at the right hand of His Father in heaven. If you want to see Jesus, look in His Word, He will reveal Himself to you, just as He did to Mary!

Dear God, we thank You that Jesus, our Savior, is not in a grave. He is alive! We serve a risen Savior! Hallelujah! In Jesus’ name, amen.

Lesson of the week- Measure That!

“For God so loved the world, that He gave His one and only Son that whoever believes in Him shall not perish but have eternal life.” How do you measure a love like that? We can’t measure it. We don’t need to, but we do need to experience it.

My prayer for you today is, “That you may understand how wide, how long, how high, and how deep His love really is. May you experience it, though it is so great you will never fully understand it” (Ephesians 3:18-19).

Dear God, we thank You for Your love—a love so great that You gave Your one and only Son so that we could have eternal life. In Jesus’ name, amen.

Take time to think- It is the source of power

Take time to read- It is the foundation of wisdom

Take time to play- It is the secret of staying young

Take time to laugh – It is the music of the soul

Take time to be friendly- It is the road to happiness

Take time to pray- It is the greatest power on earth 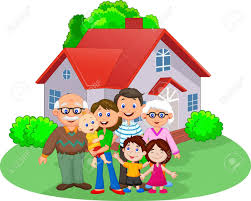 Click on the link for nice stories and activities

THE ROSARY- Explained for children